If you thought King Nicky Tams was a clot, wait until you meet King Canoe.

The answerphone was on because Canoe, a fat King and a total pickled cucumber, was spending the morning at the Squash Club in York. He was in York because it was summer. In summer, the King and his Entourage (means ‘Hangers-on’) always retreated from their Scarborough quarters in the Pavilion Hotel, opposite the railway station.

They went to the country, the King and his Entourage, usually to a rather impressive house which is still there, not far from Malton, called Castle Howard. From there King Canoe would pop into York for his squash.

He was no good at squash, or any other sport for that matter. He didn’t realise this because, being the King, it was fairly easy for him to find creeps, suckers-up and other toe-rags who would lose to him on purpose.

So, every summer’s day, the King won at squash and whoever happened to be in the club at the time had to stand on the balcony and watch.

They watched, even though none of them could bear to see the dimpled, greasy folds of the King’s spotty, hairy, greyish white fat belly dribbling and drobbling down over the top of his shorts.

Drab flab slabs were revealed every time he bent or stretched to reach the ball. His violet, black, green and pink shirt (Scarborough FC away strip) would ride up, and urgggh, yuk, glarggg, there was all this lard, dripping and swaying about. Highly sick making, it was.

Anyway, when the game was over he would go, red and steaming, into the club bar and flop his great sweaty self on a bar stool. He leaked perspiration all over everywhere while he told the creeps, suckers-up and toe-rags how he had taken his latest victory over the club number one player on the last point, with a reverse angle backhand dropshot lob, boasted off three walls.

In between talking utter twaddle and wiping his great fat face with a great wet hanky, he drank six pints of orange juice and soda water with 16 teaspoons of sugar stirred into each pint.

Then he had a shower. Into the shower he took soap (no shower gel in the Olden Days), shampoo, conditioner, body lotion, a quarter of licorice allsorts, a chicken and mushroom pie, a pinky-peach coloured bath-sponge in the shape of a bunny rabbit, and a special, gold trimmed, miniature spade carved, he’d been told by the antiques dealer, out of unicorn horn. This spade was for digging the fluff out of his belly button.

While he had his shower and his in-shower snacks, his personal manservant, batman or valet, who was called Macdonald, warmed the Royal towel on the radiator and boiled a large billy-can of water on a Primus stove. 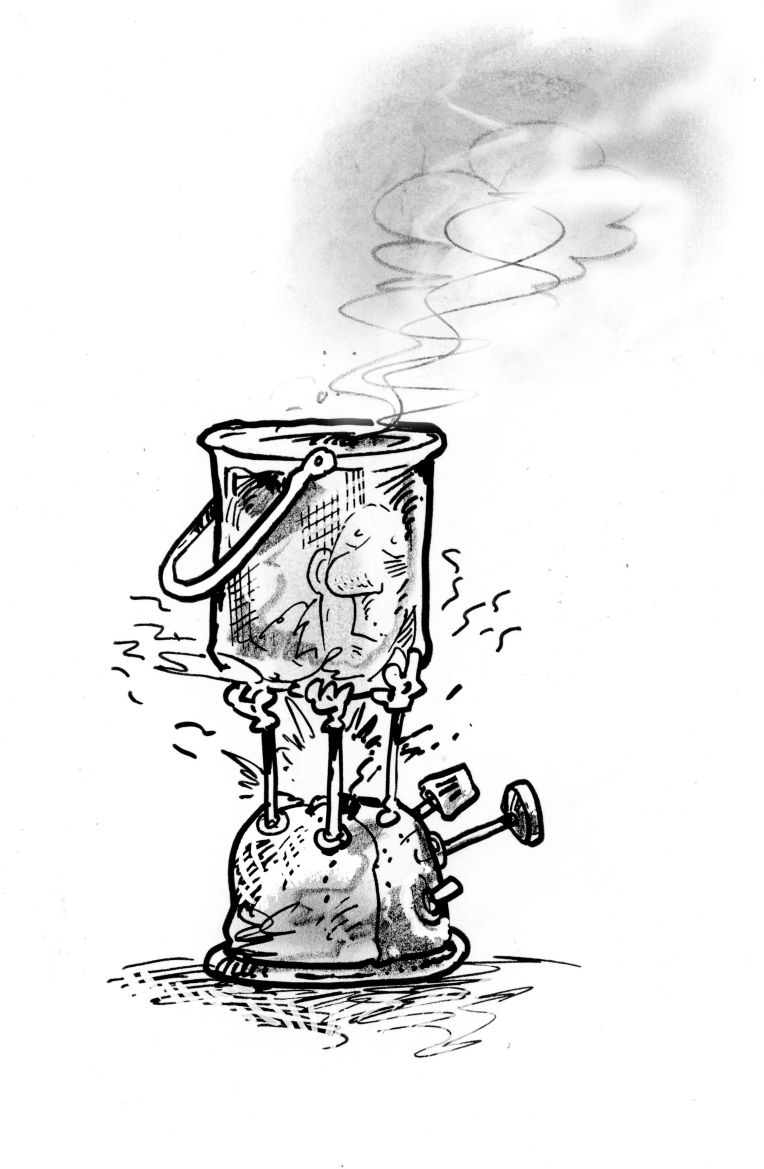 The water was to pour into four family-size tubs of instant noodles. One tub was Sausage and Tomato Flavour, one was Spit-Roast Weasel Flavour with Real Weasel (a delicacy in the Olden Days), and two were Standard General All-Purpose Factory Savoury Flavour with Red and Green Peppers.

When the horrendous great slob of a king came out of the shower he would sit, with no clothes on, shovelling the hot noodles into his mouth. All the time he would cuddle himself, the great useless flobbly rubberguts, in his lovely warm towel while quivering and quaking with sheer pleasure at his own Royal wonderfulness. 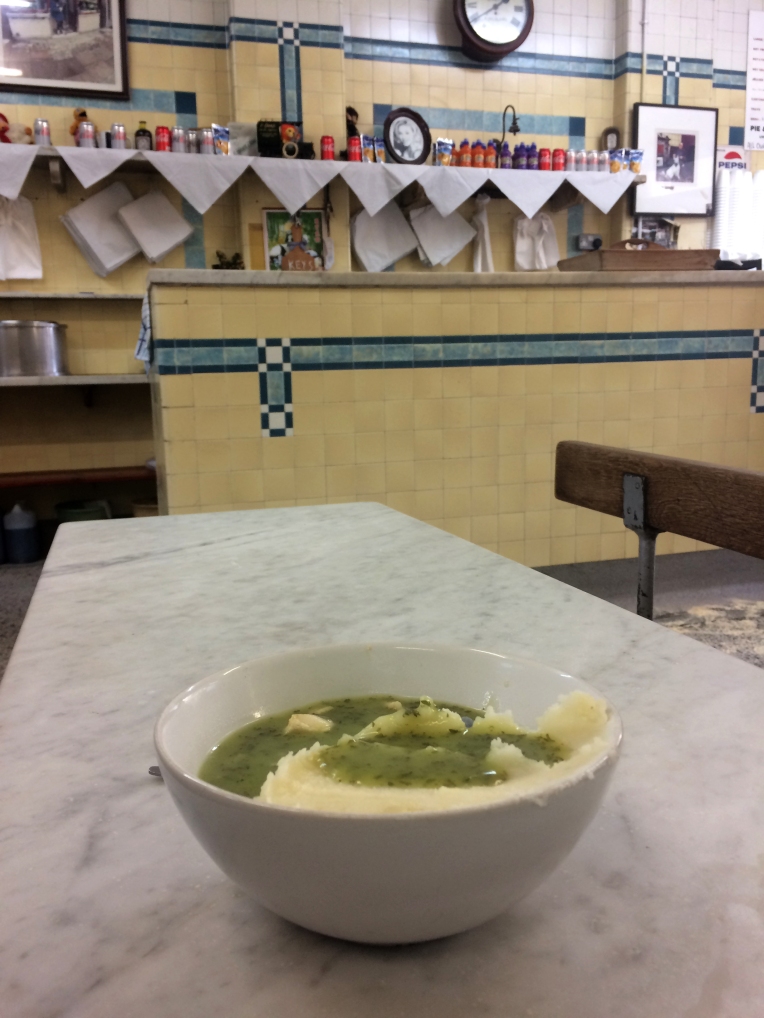 I’m not one for taking pictures of my own lunch but this has to be a worthy exception. Until last week I’d never had East End Eels. I’d heard about Pie and Mash shops and Jellied Eels, of course, but never sampled the delights. A trip to Hackney and there stands an old established Eel and Pie shop. On a perishing cold day, it seemed sensible to have a hot dinner.

Under that sea of green lurk the eels in question, the sea of green is described as liquor, but to you and me it would be parsley sauce ( though not made with milk ). The eels are slow cooked in a large pot there is a handsome dollop of mash to weld everything together. Hot and nutritious, I was not expecting the eels to have bones but they did have little delicate bits in the center of each roundel of fishiness. It was eaten with a spoon and fork ( no knives were apparent, but then this is the East End Guvnor )

The shop itself with tables firmly anchored to the floor and sawdust scattered over the floor made for the genuine article. What on earth was that for? Perhaps I was meant to spit out the bones.

It was delicious. Some people apparently have this combo with a meat pie. That will have to remain an adventure for the future.

This is the place and it’s on Broadway Market in Hackney
Try it!