We’ve been to LACMA. That is the shorthand for Los Angeles County Museum of Art. I like art galleries, great places to watch people as well as the exhibits, so this was well worth the trip. There’s loads to see and plenty of space to see it in. Without going into detail here are some of my faves from the day. All of these taken on my daughter’s iPhone lent to me for the day, as my own seems to have melted. We are hoping to return to take a little more of it in soon.

One of the great things about this place is the they let you take photographs of the works so I was able to wander around snapping at will. I was prevented by a tiny oriental lady from taking any of the Picasso works. She was very pleasant about it telling me they were from a private collection. ” Not to worry” I said ” It’s only Picasso”.

I was taken with this print which is from the German expressionists. Chaos in the streets, a brilliant piece with the merging and dynamic of the crowd moving with fear up to the right  and that brilliant use of space to create drama.

and another, this time by Pisarro

Is this a painter called Marmite? You either love him or hate him. If you buy the substitute for marmite then you might not like it, but there’s no substitute for a Jackson Pollock. If you have the chance to see the real thing I think you might agree.

And there’s another great name. Is there not a phrase: ” You’ve made a right Jackson Pollock of that!” meaning that you have the wiring wrong somewhere? If not, there should be.

Andy Warhol apparently ate a lot of Campbell’s soup and with nothing else to inspire him he was told ” Well you eat a lot of soup Andy,so why not paint the tins” So he did, and a lot of them. Making silkscreen prints of many. Are these a celebration of the art of soup making or an icon of Modern America, or did he just like soup? Might be a mix of all three, a soup mix perhaps.

Here’s my own icon from the day, a view just outside the building looking up into the Californian sky. Prints can be bought of this for not far short of a million dollars. 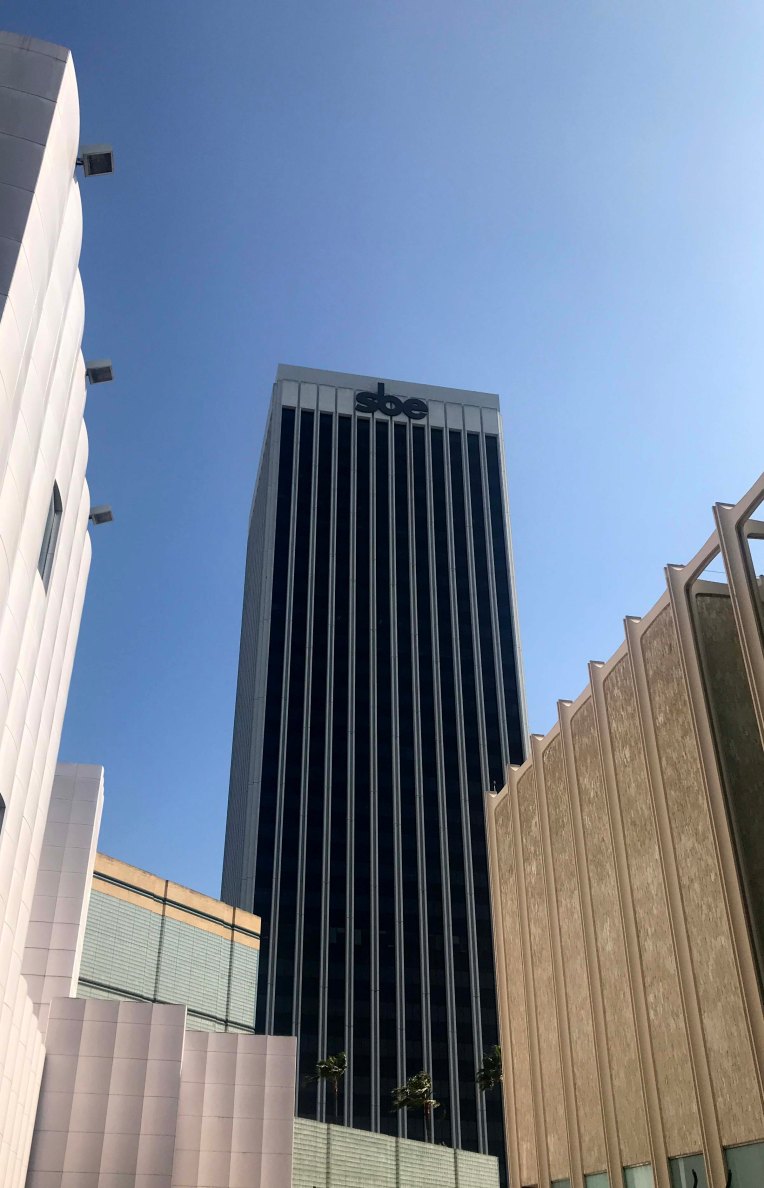 I’ll be writing more about art galleries in the coming days, not necessarily about the art, but also about the places.