A quick aside from my musings on Greece and our trip to Spetses.

I’m working towards an Exhibition in August here in Cheltenham of drawings that go under the title of “The British Character”. This project was inspired by the finding of a small book that I found in a charity shop by the same name which had an intro by the late Alan Coren – now there was a funny man.The drawings in this book are by Pont, who’s real name was Graham Laidler. Mr Laidler was one of the country’s leading cartoonists in the late 1930’s and had a perceptive eye for the way of the British, as well as wonderful draughtsmanship skills. I have used his ideas as the basis for my own interpretations and drawings for the exhibition.

I thought it right in the circumstances that I might invite relatives of Pont to the Exhibition to see a modern take on his thoughts, so I embarked on a search to find them. Everyone I asked has been quick to respond but until today I have had little positive feedback. An email to the Cartoon Museum has today resulted in a positive response and someone who knows of living relatives. As I write I am waiting to see if there will be more, and if I am able to invite them down here in August. A big thanks to Anita O’Brien at the Cartoon Museum for her help. 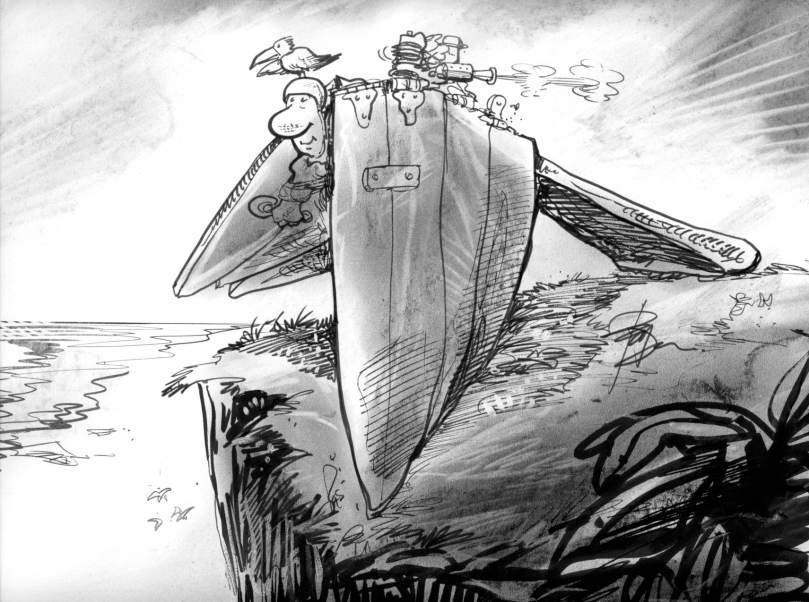 The British Character
A capacity for invention linked to great optimism

You can see some of Pont’s fine work here and even buy one of his originals.
Pont at Punch     Chris Beetles Gallery