Some people are driven to standing on the streets with sandwich boards in order to find a job. Desperate measures one supposes and one can have some sympathy.Recent stories usually end up with the sandwich man getting the job, or at least ‘ a job’ I was struck recently when working on a story such as these that those blokes that are over a certain age and have been ‘executives’ don’t seem to succeed, the younger ones do.The real reason that the older ones fail, to me at least, is that the signs they wrap around their necks make them look like they are begging ( which they are ) whereas the younger ones give some attention to graphic design.
The older ones think its enough to scrawl their terrible lettering on a piece of waste card they have found in the attic and cover it with a bit of cheap plastic and tie it with string around the neck. No wonder they are still out of work.
This drawing is a rough for a cartoon to be done for www’love9am.com a recruitment and branding consultancy that knows about these sort of things.I know one is not supposed to like one’s own work but this quick drawing came off well for me.I probably won’t like the finished thing.

The colonel walking his dogs, fine fellow, read all about him in the book: Some Missing Persons by me and my chum Gordon Thorburn, an author of some note.

This is a drawing just at ideas stage for a campaign at Eastington, just outside Stroud in Gloucestershire where there are plans to build a lot of houses. There’s a lot of politics in this but I have to say from personal experience that planners can be wrong.

This is one of a series of cartoons that I do for a company that specializes in recruitment and finding talent, and in branding for companies. They are called Love9am. Look out for them. good people to do business with, and one assumes that if they are using me they have infinite patience and good humour.

They will be back tomorrow. 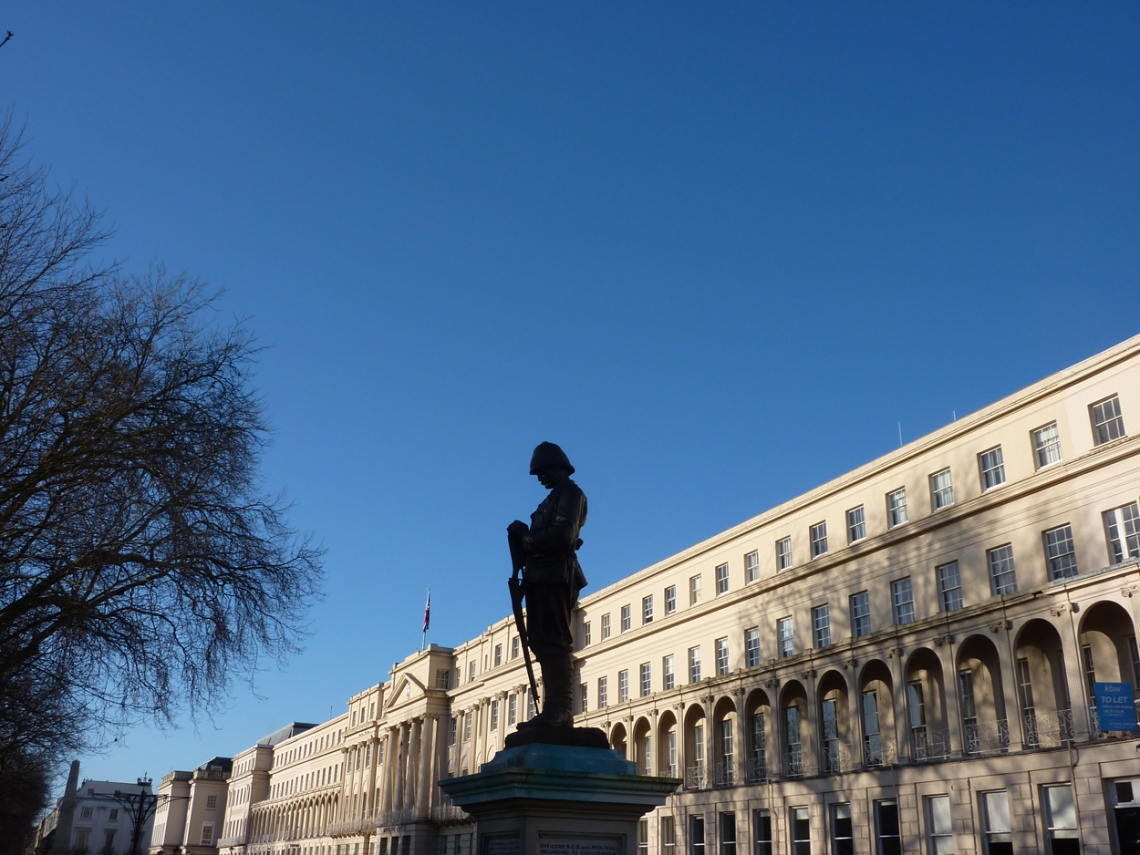 This chap guards one end of the Promenade in Cheltenham, the Council offices are behind him in those beautiful regency buildings.

Bike in the recent snow. The word juxtaposition is a favourite of artists worldwide, but I’m not going to use it here, and favourite has got a ‘u’ in it here.

Bright sunny day before the onset of a lot of snow.Cartoonists like taking photos and not just drawing and this is a fairly recent one.

Remember these chaps who delivered coal to your door.They had a permanent coal dust covering and usually smoked. 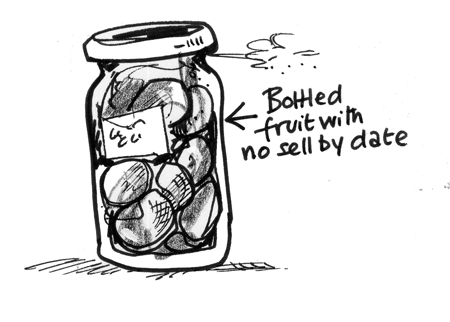 It’s that time of year to find that bottled fruit, the thing we used to do before we had freezers.One of the most exciting things about it was that there was never a sell by date,if it fizzed it was best left alone.If not, then warm it up and pour on the hot custard.

This was from my book ‘Some Missing Persons’ but is missing from the book! It was cut in the editing, but I’m fond of it. Reminds me a little of one of my earliest influences: the late Ronald Searle: brilliant artist.