I can imagine that if you follow a cartoonist, you might expect to see nothing but cartoons on this site.It’s a fair point but then there are other things to look at. I take the odd photograph and the odder the better sometimes. The following picture is the last one in the series of ‘shops with daft names’ and by way of a change this one’s in Cheltenham and not Sheffield, and the sentiment in the shop name is one that is about right to close the subject. 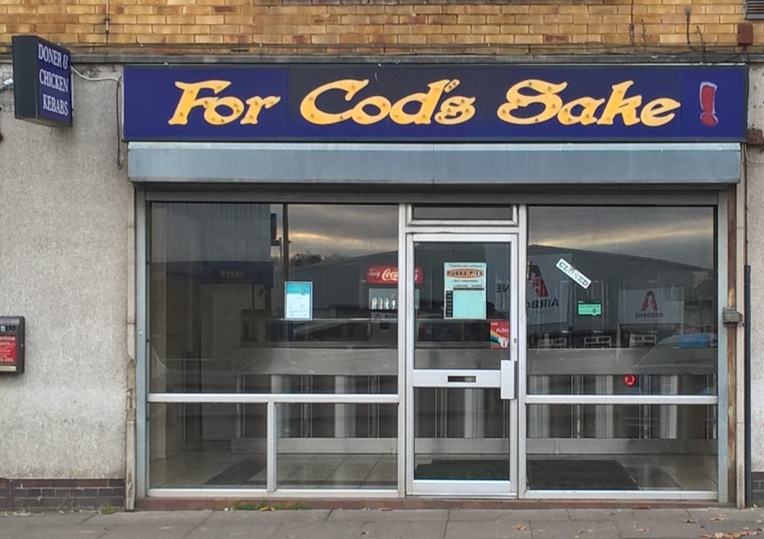 I’ve discovered since starting these blogs some time ago that they are perhaps the equivalent of ‘chatting in the pub’. As I’ve not been in a pub for some time and have never considered myself a ‘regular’ at any establishment like that, perhaps I’m not really to know. At least with these sort of one way conversations ( I do get comments, which are much appreciated ) I end the conversation as sober as I began it.

I’ve also discovered that the blogs with the most views are not necessarily the ones with cartoons in them, which if I was of sensitive disposition I might feel bad about, and I bloody well do! Getting used to rejection comes with the territory with this sort of thing, now leave me alone to well in my own despondency. Here’s a drawing , I don’t give a stuff if you like it or not. I’m in one of those moods, I’ll be back to normal soon. Perhaps I need a visit to the pub.

If you have been, thanks for following, I can’t believe that I’ve just topped the 400!