A mix of photos and drawing today. I came across this drawing in the recent cull and it originally would have had a punchline on it somewhere, but that’s disappeared.

…and the photos are taken from a couple of years ago at a garage on the A38, so that’s not too specific as it runs down the entire country. The garage bloke was one of those ‘men who mends cars’, rather than a techie computer whizz, the photographs behind him are all his family photos that he has pinned to his wall for the past 30 years or so. He pointed out a couple of small babies who he said were now married and had kids of their own.

The corner detritus is typical of these small operations where there is an unorder of things but he knows where everything is. It makes my drawing look tidy.

…as for the cheque pinned to the wall. Looks like someone has done the dirty on him and this his unique way of getting his own back. I’ve photoshopped out the guilty person for everyone’s sake, least of all mine. 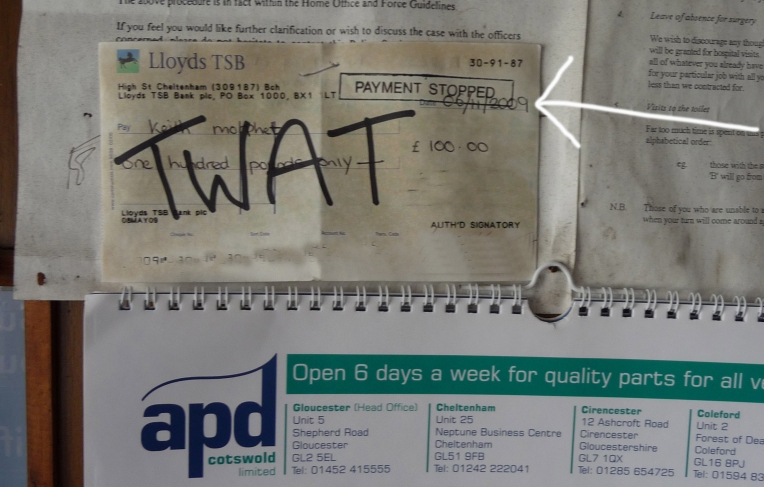 3 thoughts on “Garage bloke and a stopped cheque.”