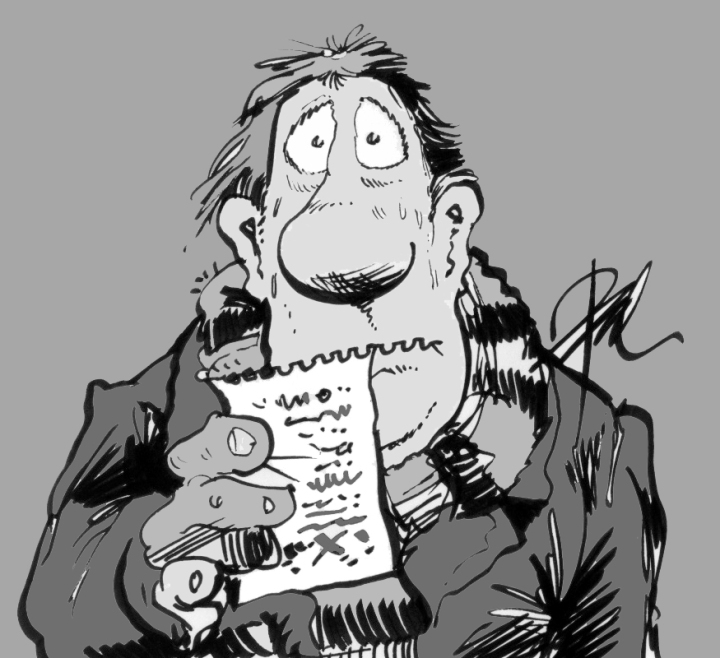 Worth re-blogging this from the last build-up to the X word. You’ll be seeing a few of these around from about this weekend on. Have pity.

It only take one trip to a Supermarket for the viewer to notice: ‘Man who’s been let loose in a supermarket with a list’.

‘Don’t come home without those items on the list that we never buy at any other time of the year’ is the order ringing around the head. Sending them on days like these is a cruelty beyond reason. They are not used to supermarkets at the best of times rarely getting involved in the shopping during the rest of the year and getting it wrong on the odd occasions mid year when they are asked to get something, so sending them out at this vital time is just wicked.

Look out for the look. It’s eyes wide open, a gait that is a little stumbling then a determination to reach for anything that closely resembles the list. Same words but not necessarily in the right order. In various moments of madness they will go completely ‘off-piste’ buying stuff in funny shaped bottles containing liquids that will never be tasted and will be thrown away in early December next year when found at the back of a kitchen cupboard. Or they will buy ordinary items that have had ‘the Christmas treatment’, butter with brandy added, cream with booze added, marmalade that has whisky in it ( or so the label says ), all which taste quite disgusting or of nothing at all, in particular the marmalade.

They will spend like a person possessed racking up charges on the credit card like never at any other time of year, which also explains the panic stricken look…they know they will have to pay for this madness in January.

4 thoughts on “Supermarket stare, it’s that time of year again. Are you going to let it happen again? Probably.”