Another in the series of Cotswold Wildlife drawings, again this is the rough next door but one to the final, the second version is the one below, from which I’ll go for the final. 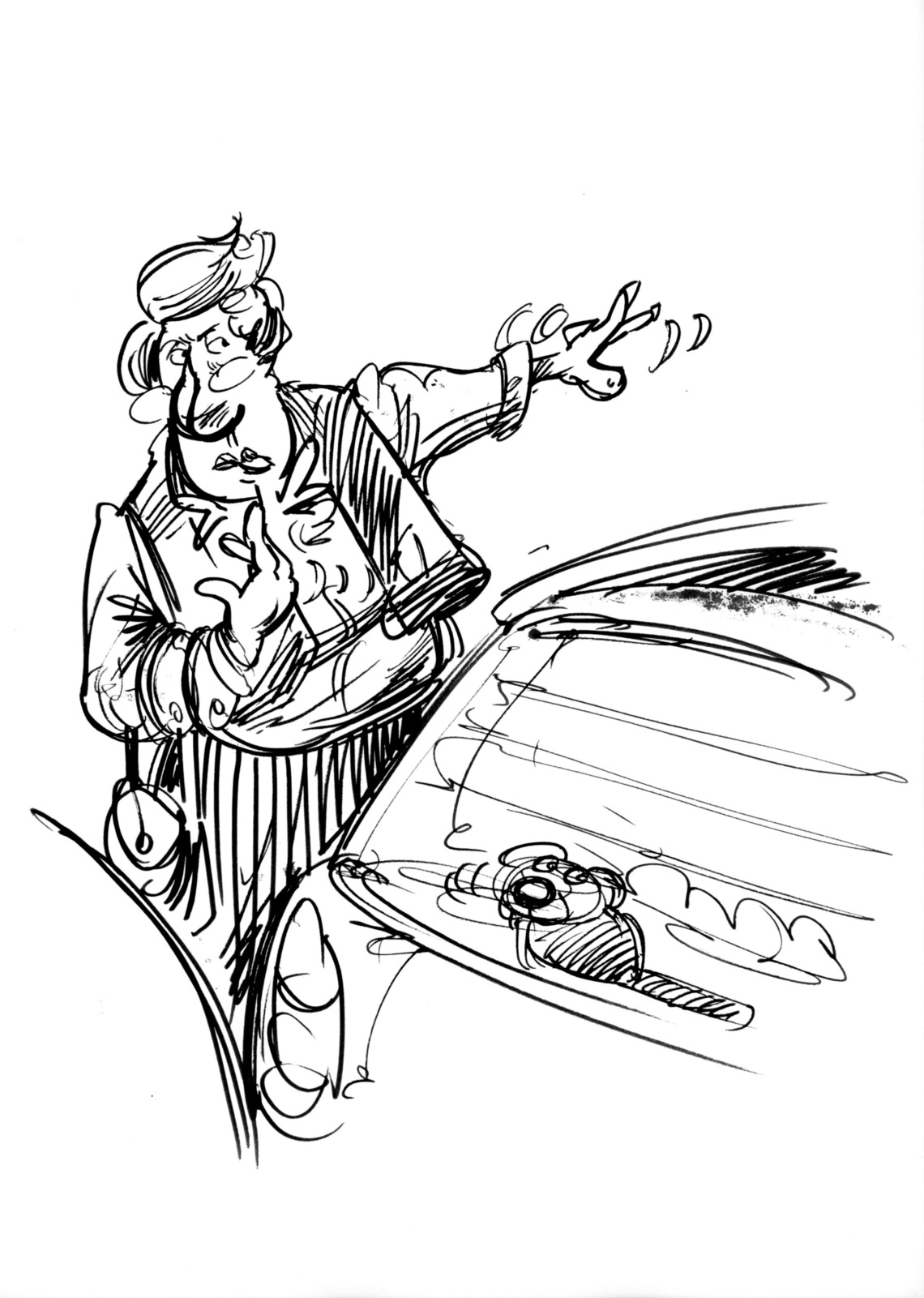 The text, to save your eyes goes as follows:

Can be seen leaping out of a micra gesticulating in a strange way to the male, who remains micra bound. Female plumage is generally quite colourful with a cockatoo style of solid hair kept in place by spray. This hair can sometimes be blue. Usually common near what are called free parking spaces when they flap about for some time.

Any touching of the micra with others is considered very poor form by the female and with resigned muttering from the male, who may be sporting a cravat. They tend to leave the scene after such an event in complete silence.

More of my Cotswold Life drawings are available as prints, this one will be amongst them in due course. Just pop along here