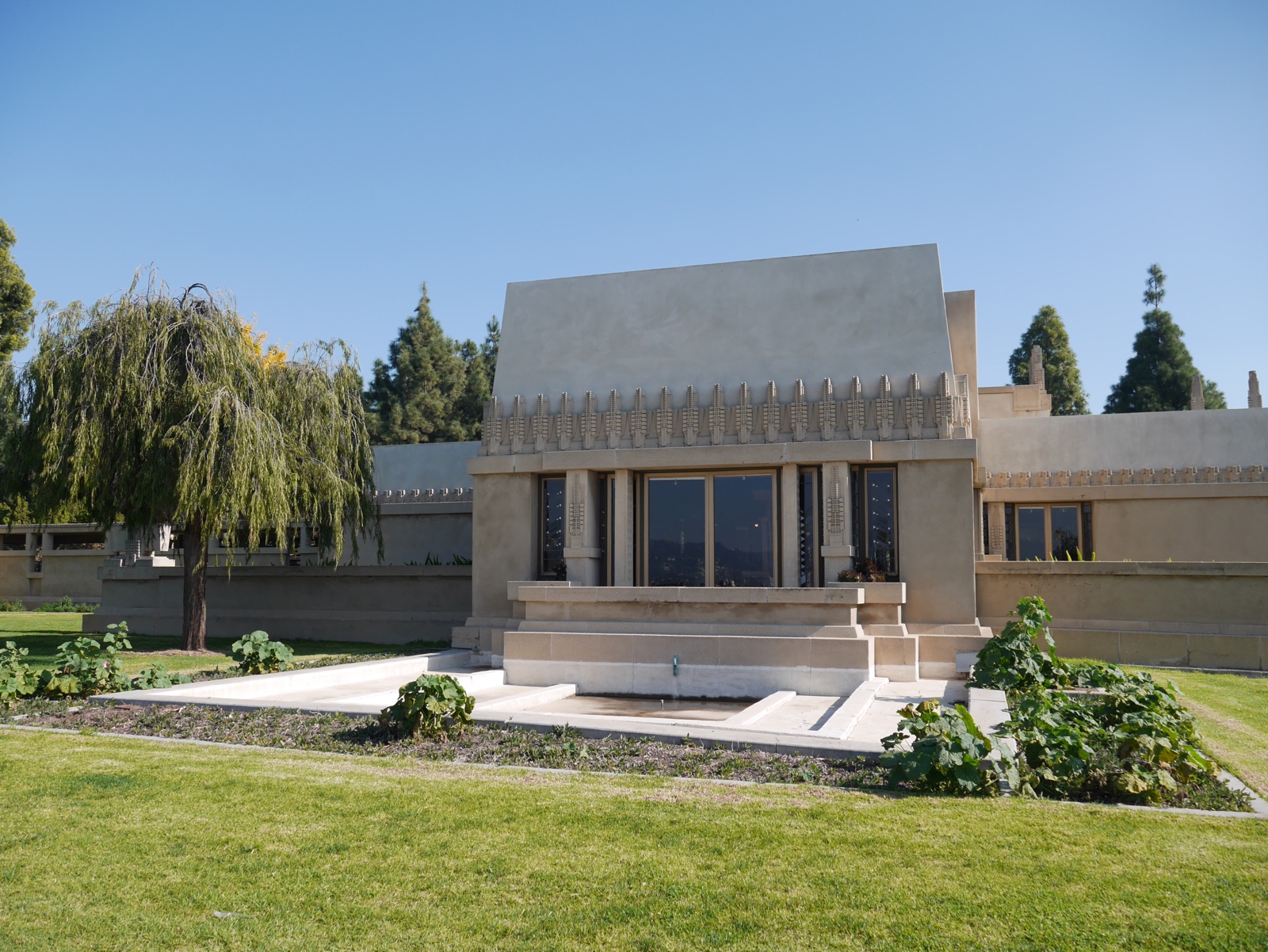 This is the Frank Lloyd Wright house in LA which like the Schindler House is well worth a visit, even if you are not that interested in architecture.

We went on a clear sunny day and the place is located in a small park. Unlike the Schindler House, and you will see from the information that Schindler was very much involved in this house too, here you cannot take photographs indoors. This is a great shame as the interior is absolutely fantastic. Wonderful feeling for space and a rug that was made as one unit to cover a large area. Lloyd Wright designed almost everything in this house, including the rug.

Outside we had a guided tour by a historian who gave us a lot of the background and the story, well worth that too.

The design is said to have features based on the hollyhock, but personally I’ve never seen a hollyhock that’s squared off quite like this. The location overlooking Hollywood and the city is stunning but it’s a shame that they’ve built a huge modern building quite close, I’m told it’s a hospital and that one is supposed to forgive them for that, I don’t.

There are docents ( a word new to me, but apparently it means volunteer helper ) to help you with questions and they were all ladies of charm with an eagle eye. You are not supposed to touch anything and one is given covers for your streetwise foot ware. The inside ceilings are painted concrete and it is said that the client, a wealthy oil heiress, told Lloyd Wright that she wanted it green but not green. She sounded like a difficult client. They did not get on that well and she never lived there. She was also a socialist single mother in an age when they were certainly not the flavour of the time in the USA.

The house is set in a small park and is surrounded by a chain link fence, which is a massive shame, but it would possibly not survive without it. California has legalised cannabis and while we were visiting there was a small car full of young people making the best of it. They got high on weed and we got high on design, or was that secondary smoke we’d inhaled.

We are back from our trip now but these USA posts will continue for a while, a sort of blog lag. A bit like jet lag, but in word form.

Bit thanks to all those who’ve dropped into our LA trip.