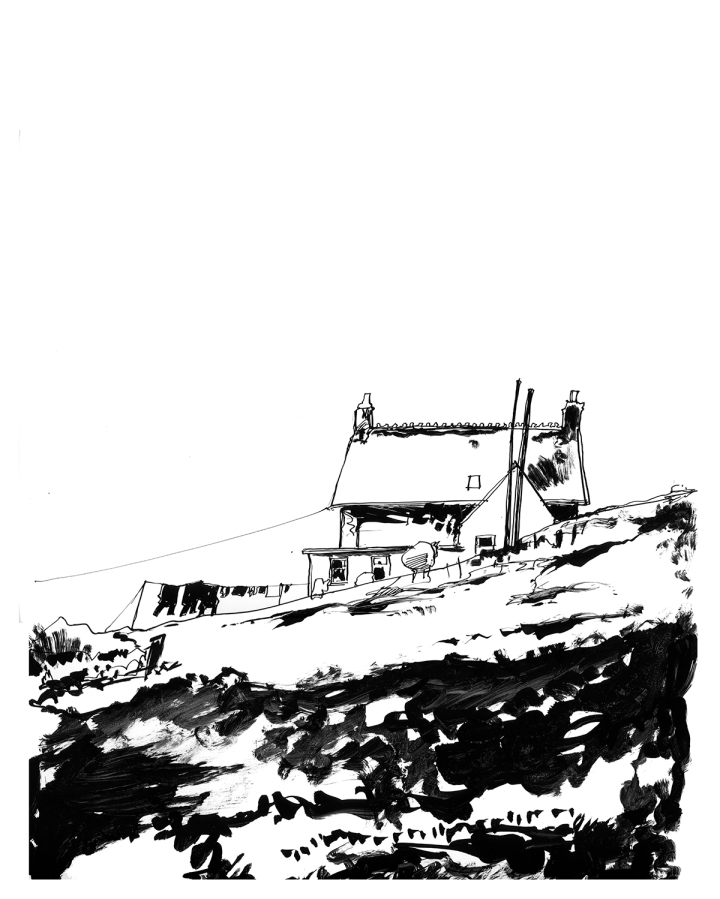 I’ve had some very pleasant responses to my recent series of drawings and was particularly gratified by a remark from my good friend Rosalind Forster who is a printmaker of note, who suggested that I offer some of them for sale on Artfinder. I explained that the colour versions are locked in digital netherland and exist only as digital files so far, unless I make them into prints and offer them, which I might!

My intention at the outset was to try and replicate screen prints. I love screen prints, but have neither the aptitude or the funds to go down that route and the room to be able to produce them, so I was doing a digital work around.

The best bit is doing the drawings which are done from my own collection of photographs. The one above taken on the Orkneys on a walking holiday, and you can be sure that if I were to suggest that I sit down and draw the scene, then the group would have left me well behind in the wet. And wet behind would have also described my physical state too. I only just had enough time to take the picture.

Here is the original photo, the final print will be posted in due course if it passes muster.
Thanks to all who made such kind comments.