Off we go, walking in the Cotswolds again, perhaps to sing the odd song under a canal bridge. This is what we did today, my friend Robin, the singer, and me. Quietest place on the walk and the best place to burst into song. The Canal is overgrown right here but is part of the Stroudwater Canal running from there to here and beyond, here being towards Frampton Mansell. We did not reckon with the runner coming into view, and she probably thought it odd that someone was singing under a bridge.

From here we wandered down the tow path towards Chalford and then up Dimmesdale, then the edge of France Lynch and on, to get back to where we started which was the Butcher’s Arms at Oakridge. As Robin said: “There’s quite a lot of ‘up’ on this walk”. Brilliant day out only partially spoilt by the world’s most ordinary cheese sandwich at the Butcher’s. £5-99 for a thick piece of bread with wafer thin cheese and a smear of chutney. Very odd really, did they think we’d like it? Beer was good though. I made my feelings on cheese known to the friendly barmaid and she said she’d tell someone.

I’d bet a thin ham sandwich that nothing will change there until there are no more customers, then it will just be converted into a smart executive home within commuting distance of Cheltenham and Bristol, and three local girls and a clueless ‘chef’ will be out of work.

Here are one or two more images from the day. Makes a change from drawing. 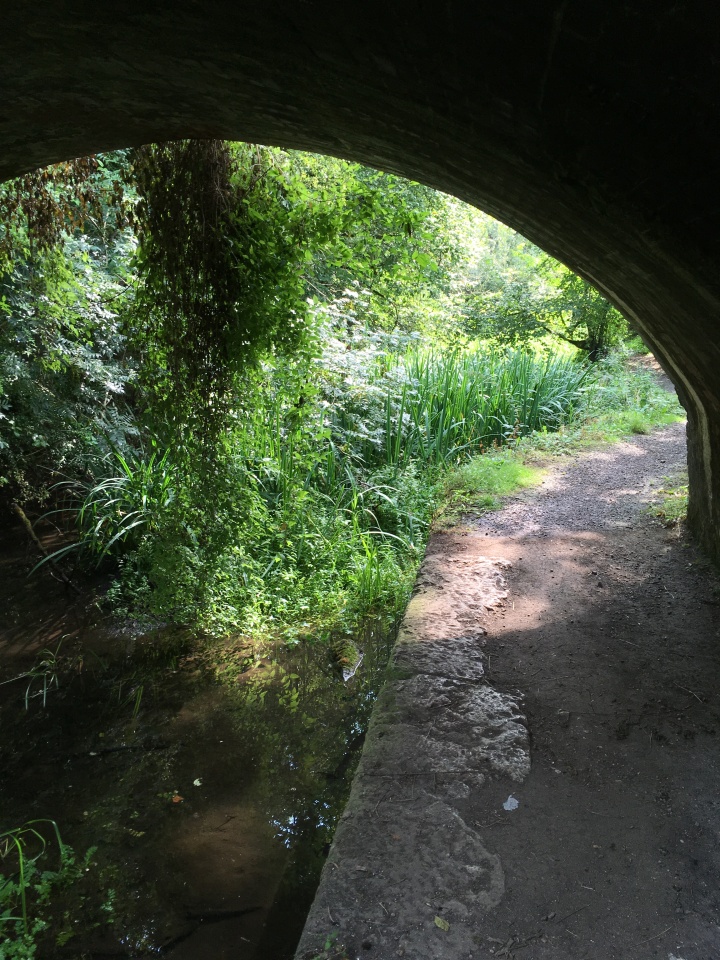 Scene of the singing…

There was a slight wiff of the end of Summer, but it all looked brilliant after a night of much needed rain.

Bullrushes. Still plenty of water around in general, but parts of the canal were as dried out as I’ve ever seen them.