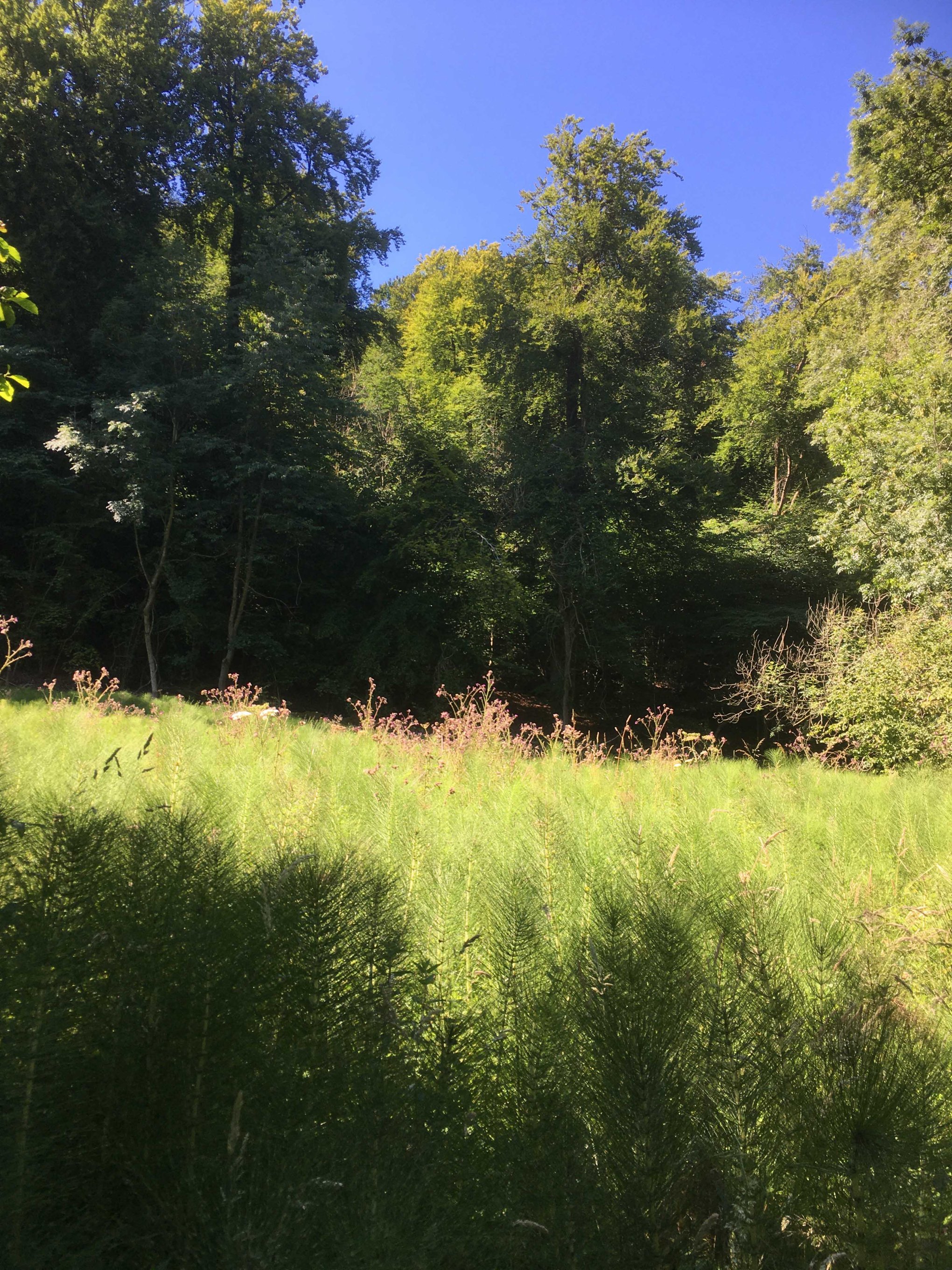 I used to dread getting this on my allotment, it was a beast to get rid of. Some call it mare’s tail and others call it horse’s tail, so lets settle on horse’s and then it’s not being sexist in any way. Anyone knows that pulling a horse’s tail can produce an interesting result and in some cases the kick might make your eyes water for some time.

This eye watering view is part of my return to walking after a short lay off, this being the longest I’ve done for a while and this one in the company of Sir Robin Burton of Churchdown. Asked by Lady Burton what we could possibly talk about on our walks he gave the truthful reply that we discussed the basic formula for the lifting a cow pat before hurling aforesaid any sort of distance without risk of fall out. Wind direction is also key. I suspect she was underwhelmed, misunderstanding that it really was the beginnings of the frisbee and if we’d all been a mite sharper might have made us a small fortune, no shit.

My brother and I used to have the formula when we were around 7 years old, but it was not without incident. The winning formula is still with me but like Colonel Sanders chicken recipe it has to remain secret.

The pre-chuck pose is generally known as the stancombe,
if in the area of a stancombe it’s best witnessed at a considerable distance